The National Money Mart Company, known more colloquially as Money Mart, has become one of the most dominant financial services companies in the Great White North. Money Mart was initially founded in Edmonton in 1982, but the company is now headquartered in city of Victoria.

Steve Adam, the company’s founder, wanted his financial services company to revolve around the consumers’ needs by offering high quality customer care. This strategy quickly paid off for the company.

Money Mart became so successful that in 1996 it was purchased by the U.S. company Dollar Financial Group.

Customers can now access a Money Mart in approximately 1,335 locations around the world. Just a few of the services offered by Money Mart include tax prep, check cashing, prepaid debit cards, and payday loans.

How to Get in Touch with Money Mart Customer Service

There are numerous ways Canadian customers can get in touch with Money Mart’s friendly Customer Care division.

The easiest way to reach Money Mart is to call this toll-free number:

This phone number will put you directly in contact with a Money Mart Customer Care representative.

If you don’t feel like calling this toll-free number, there are plenty of other ways to get information on Money Mart’s services. All of the links listed below are chockfull of useful info on this great Canadian company.

If you feel like sending the company a quick email, click the tab underneath “How Can We Help You?” You can address an inquiry, complaint, or compliment to the company on this webpage and send it off to Money Mart’s Customer Service department.

For people out there trying to find a Money Mart location near you, look no further than this URL. This is Money Mart’s official “Store Locator” page. Just type in your address and a ton of local Money Mart stores will pop up on the screen. Beneath each of these locations you’ll find information on the store’s hours of operation, telephone contact, and a list of featured products.

Money Mart is very passionate about financial education. That’s why they’ve created this “Consumer Education Video Library“. A few helpful financial topics you can learn more about on this webpage include how to budget effectively, how to handle debt, and how to choose a payday loan.

For those who want to send a physical letter to Money Mart, take down this address:

You can also call this head office by using the number:

For those interested in faxing this headquarters, use the number:

Believe it or not, Money Mart is very active on social media.

Share your experience with Money Mart customer support. Your email address will not be published. Required fields are marked * 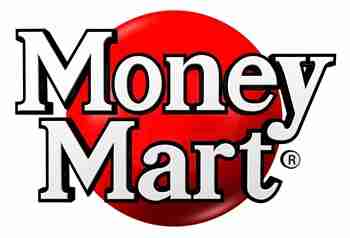 This 2Shay profile has never been claimed. Do you work for Money Mart? Create a free company profile and reply to customer comments.